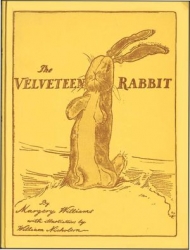 Children’s books continue to be one of the most popular categories of collectible books. Twenty years have gone by since I wrote 100 Years / 100 Books: High Spots of Collectible Children’s Books (What's a High Spot?), and much has changed. First, The customer demographic is trending younger. With new collectors nostalgic for books they read or were read to as children, more books published after 1950 have gained popularity. Currently, the demands of the marketplace influence what books are offered whereas formerly it was the reverse; what dealers offered in their catalogues had more influence on what would be collected.

With this in mind, I’ve updated the list, removing some titles that are not as well known today. The current list of High Spots is not meant to be a scholarly list inclusive of every important book that would deserve mention, but rather it includes the rare and collectible books that I’ve observed are consistently sought after from both my interactions with customers and colleagues. I also include rare books from authors or illustrators whose work has been critically acclaimed, such as Harry Potter.

Some of these classic children’s books are listed twice, first in year of appearance and later in the year that the most collectible edition was published. For instance, Charles Kingsley’s fantasy tale of the Water Babies was first published in 1863, but the first edition illustrated by Jessie Willcox Smith and published in 1916 is the most sought edition. (Side note: my favorite is Warwick Goble’s 1909 edition).

1871 - At the Back of the North Wind by George Macdonald. London: Strahan & Co. (First Edition in Book Form)

1874 - Beauty & the Beast illustrated by Walter Crane. London: George Routledge (plus his numerous other toy books published from 1865 -1876)

1878 - House That Jack Built by Randolph Caldecott [Plus] the 15 Books in the Set. London: George Routledge

1878 - Under the Window Illustrated by Kate Greenaway. London: George Routledge

1892 - Story of a Puppet, or The Adventures of Pinocchio by Carlo Collodi. London: T. Fisher Unwin. First edition of Pinocchio in English.

1894 - Jungle Book by Rudyard Kipling. London: Macmillan [with its sequel the Second Jungle Book published in 1895]

1900 - Goops and How to Be Them by Gelett Burgess. New York: Frederick Stokes

1908 - Wind in the Willows by Kenneth Grahame. London: Methuen

1914 - East of the Sun and West of the Moon Illustrated by Kay Nielsen. London: Hodder & Stoughton [Also Issued in Deluxe Edition]

1937 - And to Think That I Saw it on Mulberry Street by Dr. Seuss. New York: Vanguard

1963 - Where the Wild Things Are by Maurice Sendak. New York: Harper & Row

1972 - Watership Down by Richard Adams. London: Rex Collins. (Also 1976 Limited Edition which is the first edition with illustrations -illustrated by John Lawrence)